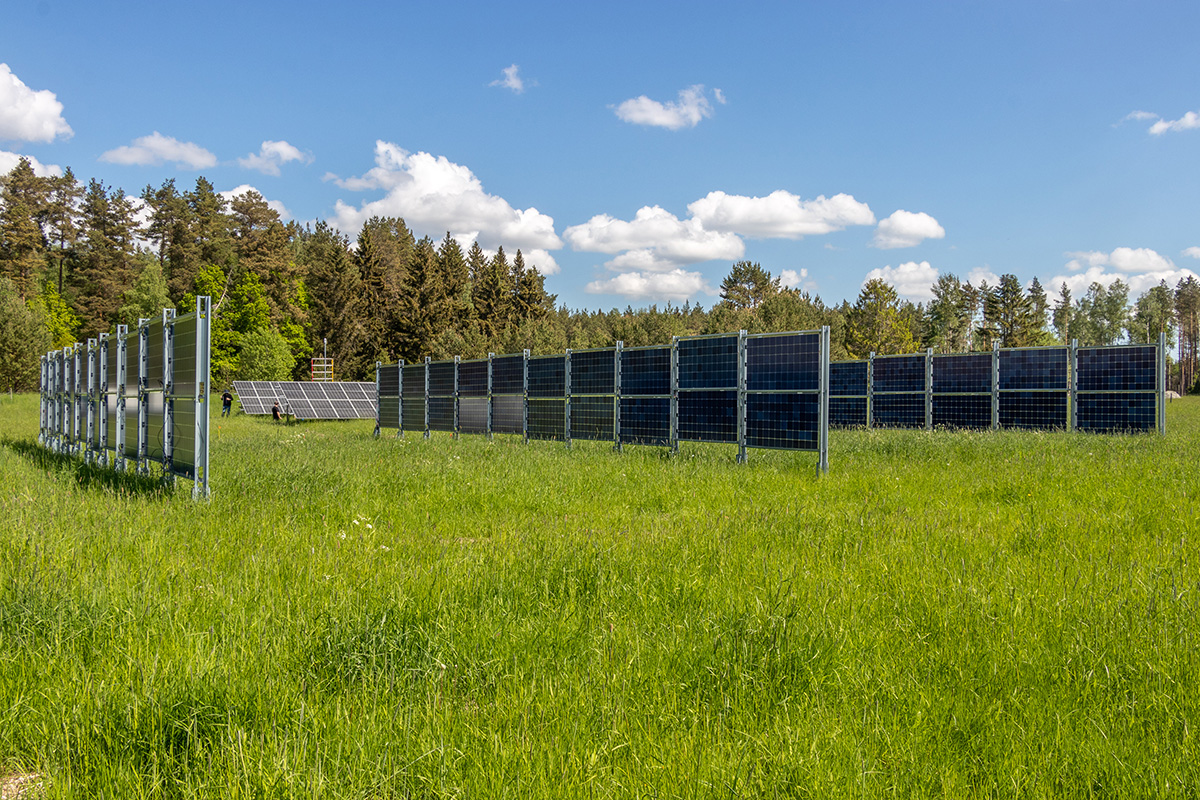 At Kärrbo Prästgård, located near Västerås, an agrivoltaic research project has been underway since the beginning of the year, which combines photovoltaic systems with agriculture on farmland.

At Kärrbo Prästgård, located near Västerås, an agrivoltaic research project has been underway since the beginning of the year, which combines photovoltaic systems with agriculture on farmland. Our researchers can now reveal the first results, while they are calling for a national strategy for solar parks and solar energy in Sweden.

Bengt Stridh, Senior Lecturer and Researcher at Mälardalen University, is one of the driving forces behind the agrivoltaic research project that is being conducted on the Kärrbo Prästgård farm, near Västerås, along with his colleague and Project Manager Pietro Campana. In the project, the researchers are investigating the effects of using photovoltaic systems to combine electricity production and agriculture on the same land area.

“During the year, we have been able to take in and analyse three harvests of lay grass from test plots on the ground. The size of the harvests has been affected by various weather conditions, In drier weather, the harvest in our test plots was larger than in the reference area, and during the wet conditions in early summer the results were opposite,” says Bengt Stridh.

Calls for a national strategy

There has been great interest in the project from farmers, solar panel installers and media. With the considerable attention Bengt Stridh is now calling for a national strategy for solar energy and solar parks.

“A critical question is what type of land can be used for solar parks. If you look at land use in Sweden, agricultural land is very favourable. It would be cheapest to build solar parks on this kind of land and you would not have problems with shading of the solar panels. In Sweden, 63 per cent of the land area is forest, 9 percent is inland water and 7 percent open bog, all of which are unsuitable. The conclusion is that the most suitable area of reasonably sized land is farmland, which makes up 7 percent of Sweden's surface area.”

Bengt says that radiated solar energy towards the Earth's land surface is about 1,000 times higher than the world's energy use. According to a theoretical calculation he has done, solar parks on agricultural land alone would generate more electricity than Sweden's annual use for electricity.

“Even if we were to use less than a tenth of our farmland for agrivoltaic systems, it would provide a high share of solar electricity in Sweden's electricity mix,” Bengt Stridh observes.

MDH is conducting research in all of the UN’s global goals for sustainability. This research ties in with Goal Number 2 - Zero Hunger, Goal number 6 - Clean Water and Sanitation, Goal number 7 - Affordable and Clean Energy, and Goal number 13 - Climate Action.

How MDH works to achieve sustainability